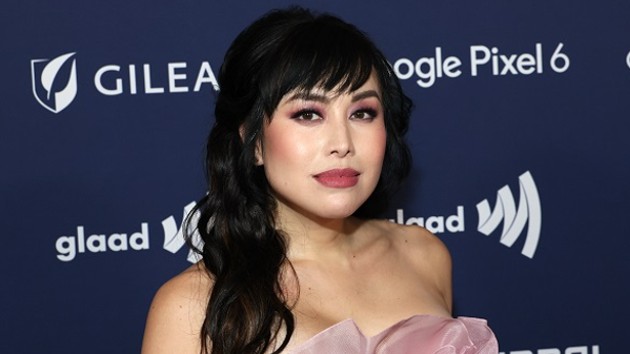 While Warner Bros. Discovery’s shelving of Batgirl was to ensure the movie would never see the light of day, one of its stars has leaked a sneak peek.

Trans actress Ivory Aquino was to have a big part in the film, playing Alysia Yeoh, the roommate bestie of Leslie Grace‘s Barbara Gordon/Batgirl. On Twitter, she posted on-set video of one of the stunts in the film, showing Batgirl backflipping midair from a skylight into a building to crash a dinner party, using a Christmas tree to break her fall.

“Just.. WOWWW,” she tweeted at stuntwoman Emely Cartagena, who was wearing the Batgirl suit for the gag. Leslie Grace was tweeted at, too, with Aquino adding, “you make a great tandem fo sure.”

The stuntwoman posted rehearsals for the stunt to her Instagram, about which Grace commented, “My Batgirl.”

Last month, Collider reported Aquino penned a personal letter to Warner Bros. Discovery CEO David Zaslav, “in a state of grief,” imploring them to release the shelved film for the sake of trans and minority representation.

As reported, the newly acquired studio axed the film, which also starred Michael Keaton and Brendan Frasier, as a cost-cutting move following Discovery’s acquisition of Warner Bros., the keepers of the DC Comics-based universe.