Emmys 2021: Gillian Anderson and Tobias Menzies win Supporting Actress and Actor in a Drama Series for ‘The Crown’ 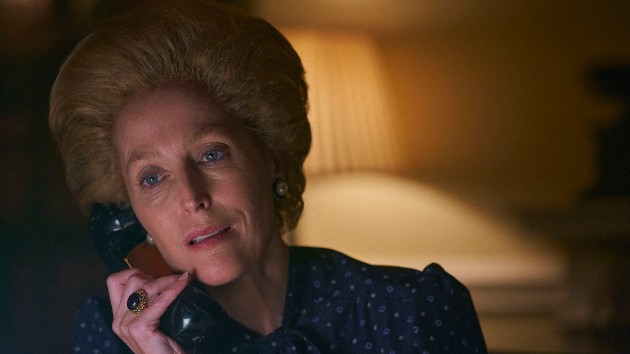 Anderson squared off against two colleagues for this award — Helena Bonham Carter and Emerald Fennell.

She dedicated her win to her manager of 20 years, ﻿Connie Freiberg, who “believed in me when no one else would and believed I had talent, when I didn’t even think that I had talent, who always advised me to take the high road, who was one of the best friends that I’ve ever had in my life.”

The Crown also nabbed the win for Outstanding Supporting Actor in a Drama Series, with Tobias Menzies collecting the award for his prickly portrayal of Prince Philip.

He was not in attendance and his award was accepted by presenter Kerry Washington on his behalf.