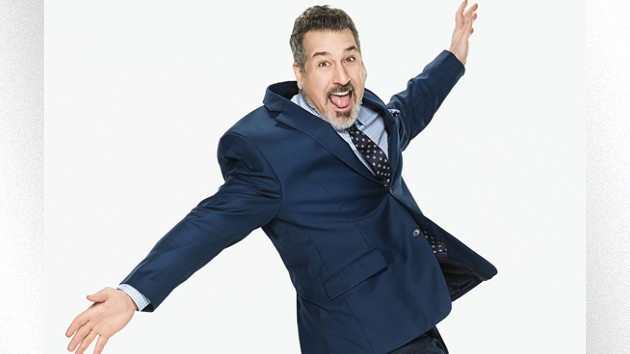 Joey Fatone‘s done everything from hosting game shows, to dressing up as a rabbit for The Masked Singer, to jiving on Dancing with the Stars.  As a result, he says he’s now got fans who’ve never even heard of *NSYNC, which he thinks is weird, but “amazing.”

“With *NSYNC, a lot of the women now are in the 30s and 40s, they’ve kind of grown up with myself and the guys,” Joey tells ABC Audio. “But then all of a sudden, when I did Dancing with the Stars, it was more of the grandparents that loved watching the show.”

“Then I did Impractical Jokers and it brought more of the teens, tweens,” he continues. “Then when I did Masked Singer, it brought it to the young kids that are like nine or 10 years old, that just loved The Rabbit…so it’s such an amazing thing.”

“I saw a family and the grandmother literally was like, ‘Oh, that’s Joey from Dancing with the Stars.’ The daughter was like, ‘No, he’s from Impractical Jokers!'” Joey laughs. The mom was like, “No, he’s from *NSYNC!’…yeah, so it’s great to be able to be well-rounded like that.”

Next up: Joey says he, Chris Kirkpatrick and Lance Bass have done “something” that he says “will be a lot of fun.”  “You’ll see a commercial…it should come out soon, actually,” he teases.

Meanwhile, as the host of both GSN’s Common Knowledge and Impractical Jokers: After Party, Joey is trying to shed those pandemic pounds many put on last year, so he’s now acting as the spokesperson for Nutrisystem.

“I did it back in the day with Dancing with the Stars and I knew that it works,” he says. “But now it’s been, like, 800 times better, I’m gonna be honest with you!”